here you go some pictures of my passage throught the Isabelle Cornaro exhibition at South London Gallery. I invite you to have a look before it will finish (5 apr 2015) and exploring in your own way the two-part solo exhibition by this French artist.

Thus is that I found myself in the main room of the gallery having a look on the big wood which was just laying down like an obstacle in my way.

Then I pictured the place vertically, from the botton of the room to the bright ceiling which was making the golds colors being shine… I was maybe trying to expect something to happend between those walls, but nevertheless everything was quiet and in contrast between themselves; some stunning pedestals standing up holding ancient likes pieces, but at the same time there were this rolled carpets waitting to be removed… 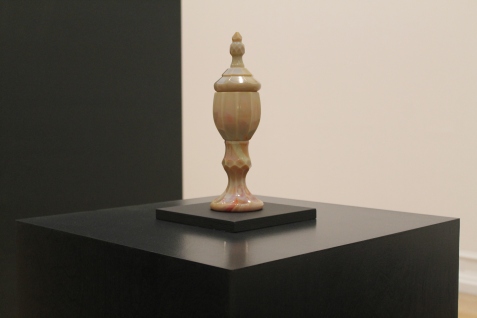 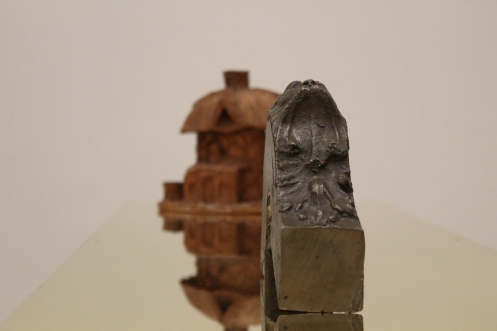 Differents lights, shapes, sizes, shadows and lines is the landscape drawn by Isabelle Cornaro, the ancient and the modern coming together to checkmate the culture value and the contemporary aesthetic in this World.

Inspired by Nicolas Poussin (1594-1665), Isabelle seems to situated us inside of Poussin´s classical landscapes, where ancient ruins and classical imaginery is sourrended visitants where they just find some obstacles in their ways through the passages in the perspective of the picture, always proyected with clarity, logic and order.

Some western perception are examinated at the second floor on the projected videos, were this artists but also art historian specialized at XVI Century, want to ask us about this personal objects which have been building memories and societies along the time… 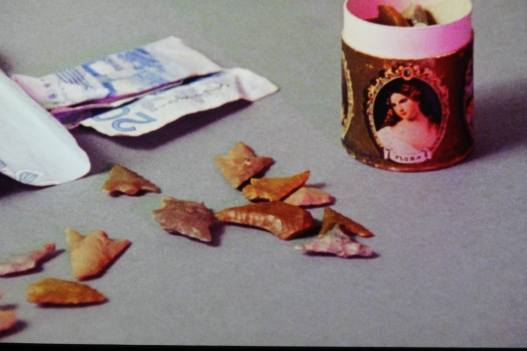 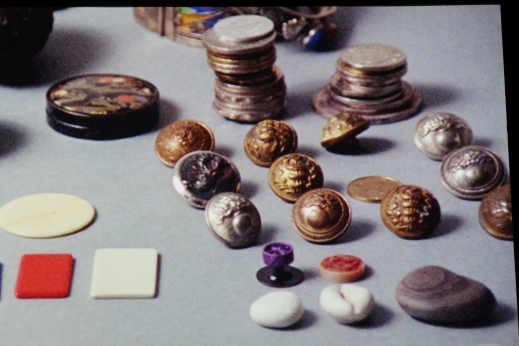 The almost overthrow at the end of the film of the scenario that hosts those banksnotes, coins, ancient pieces… Is telling me to put a side my values, to put together my little knowledge and think about how the context could affect to this objects, how the museums hosts thousand of ancient objects out of their meanings, what´s the way to expose it? How is the way to value ancient art? Is ancient objects art? Is contemporary art, art?

Welcome to WordPress.com. This is your first post. Edit or delete it and start blogging!